At the moment, American Gold Eagles are the #1 selling coins in the United States.  Krugerrands, although no longer strongly marketed in the U.S., still remain the second most popular coins and one of the most popular worldwide.

Canadian Maple Leafs are a distant third but are becoming more popular with each passing day and we see China Panda and the Australia Kangaroo gaining as well. 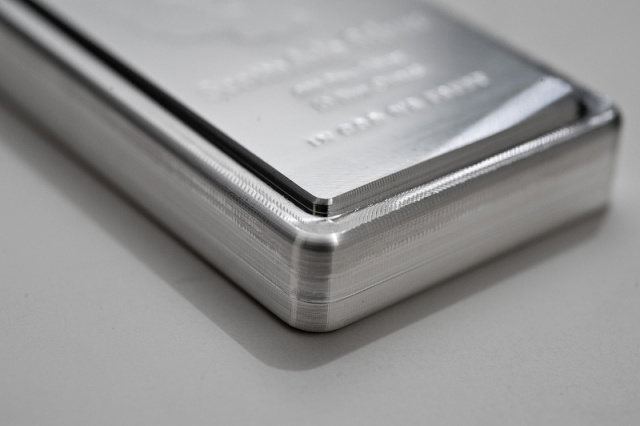 The discussion which follow about cash reporting, IRS Form 8300, and bank reporting are for editorial purposes only and should not be relied on as the definitive and final word.  Persons involved in cash transactions should consult their attorney or accountant for specific advice relating to their own situation(s).

Often, coin firms will make "silly" claims that the coins they offer are not subject to "reporting."

Such statements thus imply that the government requires gold transactions be reported.

However, no government regulations require the reporting of the purchases of any precious metals, per se.

If payment is made by cash greater than $10,000, however, it becomes a "cash reporting transaction." It is not the gold that the government wants reported but the cash. Such reporting applies to all business transactions involving more than $10,000 cash.

This regulation applies to cash - greenbacks, paper money. It does not apply to personal checks, wire transfers, or money market withdrawals. Howwever when cashier's checks or money orders are involved, cash reporting may be triggered.

For example:  If an investor makes a $15,000 investment in gold and pays with a single $15,000 cashier's check, it is not reportable. If, however, he pays with two or more cashier's checks each less than $10,000, the dealer would be obligated to report.

Cash reporting requirements were not written specifically for the precious metals industry but for all businesses. The purchase of a home, boat, or diamond watch, and payment with two cashier's checks, each less than $10,000 but totaling more than $10,000, would be a reportable transaction.

Another example: an investor agrees to buy precious metals totaling more than $10,000, again say $16,000, and wants to make payments with money from two accounts. If the investor withdraws $9,000 from the first account and gets a cashier's check, and then gets another cashier's check for $7,000 from the second account, the transaction becomes reportable. A purchase of $40,000 and payment with two $20,000 cashier's checks would not be a reportable transaction. The significant amount is $10,000.

Form 8300's General Instructions say "Transactions are considered related even if they occur over a period of more than twenty-four hours if the recipient knows, or has reason to know, that each transaction is one of a series of connected transactions." For example, if an investor agrees to buy $25,000 in gold but makes installment payments with cash in amounts less than $10,000, the purchase would be reportable.

It is often erroneously thought that banks report to the government all personal checks more than $10,000. Banks do not. But, a cash transaction exceeding $10,000 requires a bank to fill out and file a Cash Transaction Report (CTR). A cash deposit more than $10,000 to any bank or other financial institution account by an individual possibly would be reported.

However, purchases of cashier’s checks with cash for amounts $3,000 to $10,000 require banks to complete Monetary Instrument Reports (MIRs). (Some banks call them Monetary Instrument Logs.) MIRs are not filed with the government but are records that enable banks to help comply with cash reporting requirements. It is not clear when a MIR requires the completion and filing of a CTR, but an individual regularly purchasing cashier’s checks between $3,000 and $10,000 would probably be reported.

If a business reports a cash transaction, the customer will know it. Form 8300 requires name, address, citizenship, and social security number. It also asks for method of identification, driver's license, passport, etc. Additionally, Form 8300's General Instructions call for anyone filing a Form 8300 to "provide a written statement to each person named in a required Form 8300 on or before January 31 of the year following the calendar year in which the cash is received."

Finally, Form 8300 General Instructions has a box to be marked if the transactions appear "suspicious." The box can be marked for transactions less than $10,000 if the recipient believes the purchaser is trying to avoid cash reporting.

No one wants any red flags at the IRS. Unscrupulous coin dealers know this and use it to avert clear thinking; they use the threat of "reporting" to raise investor fear. This enables them to sell overpriced coins. Investors justify higher prices by thinking they are getting "non-reportable gold." No investor need be taken advantage of this way.

Customer sales to dealers of certain precious metals exceeding specific quantities call for reporting to the IRS on 1099B forms. The 1099B forms are similar to other 1099 forms taxpayers commonly receive; the "B" means they have been issued by a business other than a financial entity.

Only one common silver product is reportable when sold: pre-1965 U.S. coins. The quantity that causes the filing of a 1099B, however, is not clear. The IRS bases its authority to require reporting on CFTC-approved contracts that call for the delivery of $10,000 face value. Consequently, many dealers do not report sales of pre-1965 U.S. coins unless the sale totals $10,000 face value; some others do report $1,000 sales.

Sales of American Silver Eagles, privately-minted Silver Eagles, and 100-oz silver bars are not reportable, no matter the quantity. Other precious metals products are reportable, but we have not covered them here because the average investor likely does not trade them.

Most investors have no first-hand knowledge of these matters; consequently, when precious metals dealers talk about cash reporting, 8300 forms, or 1099s, investors are unable to know that they may not be hearing the whole story. Wanting to avoid the government knowing about their precious metals investments, many investors are delighted to learn that their purchases will not be reported and end up buying overpriced coins.